Canadian Prime Minister Justin Trudeau once heralded truck drivers for their work during the pandemic before slamming those same truckers for allegedly spewing “hateful rhetoric” during their “Freedom Convoy” protest against a vaccine mandate.

“While many of us are working from home, there are others who aren’t able to do that – like the truck drivers who are working day and night to make sure our shelves are stocked. So when you can, please #ThankATrucker for everything they’re doing and help them however you can,” Trudeau tweeted on March 31, 2020.

Trudeau’s tweet came as the coronavirus was first spreading around the world and Canada implemented lockdowns in an attempt to stop the spread.

Trudeau addressed the nation Monday afternoon and accused the truckers and other protesters of spewing “hateful rhetoric,” expressing “violence toward fellow citizens” and being “an insult to memory and truth.”

Justin Trudeau, Canada’s prime minister, takes his protective mask off during a news conference on child care in Montreal, Quebec, Canada, on Thursday, Aug. 5, 2021. Trudeau will likely call a snap election for September as the pandemic has turned into an opportunity for him to slay a very personal dragon: appear less movie star and more ship captain. Photographer: Christinne Muschi/Bloomberg via Getty Images
(Photographer: Christinne Muschi/Bloomberg via Getty Images)

The “Freedom Convoy” reached Ottawa this weekend and were joined by thousands of other protesters taking to the streets and demanding vaccine mandates and other coronavirus restrictions be repealed.

The grassroots protests have been overwhelmingly described as peaceful, with most disturbances coming in the form of people dancing, chanting and honking horns. Police in Ottawa did say they are investigating some possible criminal charges regarding people allegedly urinating on a war memorial and displaying a sign reading “Mandate Freedom” on the statue of Canadian athlete Terry Fox.

Critics lambasted the prime minister for accusing the protesters of being violent and hateful.

“This country right now is like a raw nerve and the prime minister is jumping up and down on it again and again with his inflammatory record rhetoric,” member of Parliament Pierre Poilievre told the House of Commons on Monday. “We’re talking about people who have 14-year-old kids that are suicidal after two years of lockdowns.”

During Trudeau’s press conference, which was held virtually following his positive coronavirus test earlier on Monday, he also expressed that he supports Canadians holding protests when he agrees with their platforms, and highlighted the Black Lives Matter movement as a gleaming example.

His Monday statements were only his latest remarks slamming truckers and their protest. Last week, he attempted to downplay the trucking convoy as being composed of a “small fringe minority” of people who hold “unacceptable views.”

His remarks were quickly condemned when protesters descended on the city Saturday in vast numbers.

“It would appear that the so-called ‘fringe minority’ is actually the government,” Tesla CEO and billionaire Elon Musk tweeted.

The prime minister’s handling of the protests and resulting criticisms have been compounded by Trudeau reportedly fleeing his residence in the capital over alleged security threats ahead of the protests. He has been slammed as a “coward” who “ran away from your own citizens.”

Despite the onslaught of criticism, Trudeau defended his comments denouncing the truckers in a series of tweets Monday evening.

The prime minister’s press office did not immediately respond to Fox News’ request for comment on his 2020 tweet praising truckers in light of his recent rhetoric. 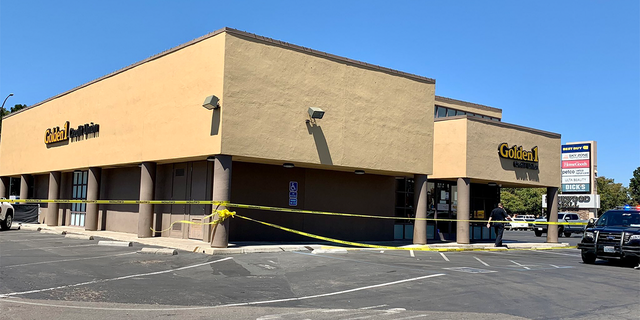